A russian themed 2D Platform/RPG made in Greece? Yes, of course and Manos Gryparis, the Founder of Loresoft and Game Designer, explains the hows and whys of his choices about Katyusha in a very interesting interview.

What inspired you to start working on Katyusha?

In October 2017 Loresoft was invited in the White Nights Moscow event by the Greek Ministry of Research, Innovation and Digital Policy. We were about to present another game. I was thinking what games we would see there, so I tried to Google search the words “Katyusha game”, because I always loved the song and the story behind it, but I was surprised to find no results for it. My uncle migrated to Russia when he was young, so my family has Russian/Greek relatives from his side (an aunt and 2 Greek/Russian cousins), so I decided to give it a go.

I have also studied the History of World War 2, the Battles and of course listened to Sovιet songs. Katyusha is my favorite one and I like how it inspired Soviet Union soldiers. Also, I liked the fact that the Red Army used that name for their famous Rocket Launchers. So a month before the event, I placed some job listings to find colleagues, scrapped the first game that we had in mind as Loresoft and, within one month, we created a prototype of the game and went on October 10 in Moscow to present it. The first reactions from Russians where a smile in people’s faces and the words “Why Katyusha?”

Can you tell me a bit more about the story of the game and the world behind it?

The Katyusha game is based in the song’s lyrics, which anyone can find in Google, even in English. Basically Katyusha is a fictional character who is sending letters to her boyfriend who is fighting in the front line. The song and the character of Katyusha represent all the feelings that Russian women had during World War 2 for their boyfriends, but at the same time the song and lyrics were increasing soldiers’ morale, as the song in the end speaks of the soldiers protecting their Μotherland.

In Katyusha video game, the main character is actually named Katyusha. The game starts at Smolensk, where one of the first World War 2 battles between Nazi Germany and Soviet Union occurred. We literally took every word of the song and built upon it in the game. There are apple and pear trees, there is an eagle as a pet (which metaphorically means Katyusha’s boyfriend who is a soldier) and also at the beginning there is a river. But since this is a video game and Katyusha can’t stay in her river forever just reading letters, the story goes like this: What would happen if Katyusha was eventually joining the Red army in search for her boyfriend? There was a big percentage of Soviet women who joined the army in World War 2, by helping as soldiers, nurses, etc. So this could be a possibility as well.

What people need to know and we reveal for the first time here, is that the story will cover all major World War 2 battles between the Red Army and the SS. To add to this, players will meet historical Soviet figures in person as NPCs, something that has never happened again in a video game! We announced that the iconic sniper Lyudmila Pavlichenko will be featured in the demo in Level 2, but that is only the beginning. Vasily Zaitsev, Roza Shanina and more Soviet heroes will be there as well. They will interact with Katyusha in the battles that they were actually present.

The game will follow real events and dialogues that occured, but of course with the addition of extra dialogues that we have added between Katyusha and the real world heroes. Players will have the chance to see not only Katyusha’s story but also the story of all those heroes that will serve as NPCs and will blend within Katyusha’s story, fight with her side and give her quests. The story is going to be very emotional, I even cried when I was writing several parts of it. Each NPC will be present in the battles that he actually fought and will die in the exact battle that he actually died.

All these in a quest of our young girl who tries to find her boyfriend. Oh and expect to experience multiple endings and drive Katyusha Rocket Launcher trucks as well! 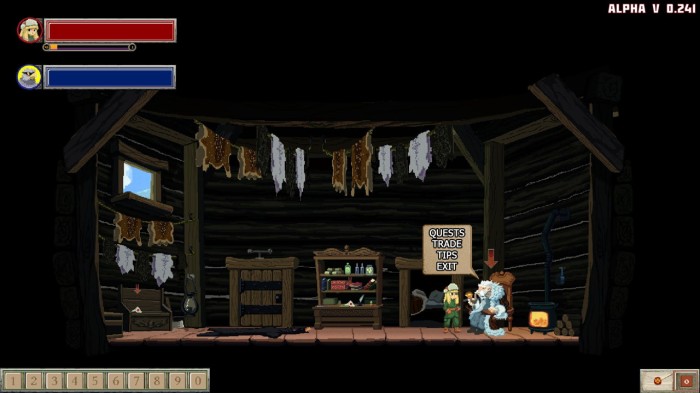 You announced recently that in the last months you started working on the second level of the game, which will be included in the new demo. When and where are you going to release the demo and how many levels will Katyusha have in total?

We are not good at announcing release dates, so all we can say for now is that we will try our best to update the demo and include Level 2 within Q4 2020. The level path and game design are ready, but we need to add the new graphics, Ludmila Pavlichenko, limited bullets mechanism and crafting. After this, Katyusha fans should expect way more often updates as we are going to improve and fix both levels, while adding new gameplay mechanics.

About the number of levels I can’t reveal the exact number but we are aiming between 10-20, depending on the funding budget that we are going to have as a development team.

Katyusha, the character of the game, has a helpful winged companion. Tell me about the eagle and its abilities.

The eagle is Katyusha’s pet who can help her in combat. It has a big cooldown so it should be used only in situations where Katyusha finds enemies in different platforms. Eagle can be levelled up via Katyusha if you give skill points to intelligence, a feature that is not currently present in the demo, but of course will be announced later on. By upgrading intelligence, players could actually increase Eagle’s skills and this can be quite useful in hard battles.

You are planning to launch a Kickstarter campaign for Katyusha. When do you believe that you will be ready for this important undertaking?

We are planning to combine this together with the publisher or funding announcement so stay tuned for this. In order for a campaign to be successful the game needs to be advertised. Right now we didn’t have the coverage that we expected. We mostly had help from Russian gaming websites, so most people don’t even know about our game. This means that any Kickstarter announcement would go wasted. Once we have our budget and we can advertise the game, then we will announce a Kickstarter campaign as well.

Where could people find you in order to learn more about the game and keep up with future updates?

What is the current status of the game? Do you expect to release it soon?

Katyusha has recently entered a stable alpha release and we are working on completing the first 2 levels of the game and release them on Steam. So far we have thousands of downloads. In order for the game to be released we need to literally spend thousands of hours for research, implementing gameplay mechanics, graphics etc. As this is currently our second job, we have to be sustainable somehow. A Platform/RPG for a team of just 5 people is like climbing Everest. So we will definitely need a publisher or an investor who can fund our project. When this happens you can expect it to be released within 18-24 months, otherwise it will take several years.

At the moment the more people that add Katyusha to their Wishlist and play the demo, the more chances we have to attract the interest of publishers. We have several thousands of downloads and we want to thank our community for this. We hope that they can spread the word about Katyusha in every internet place and help us in our quest. From our side, we promise to do our best in the development.

One thought on “Katyusha – Interview”